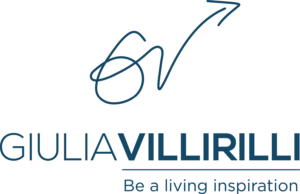 “When you’re finally up on the moon, looking back at the earth, all these differences and nationalistic traits are pretty well going to blend and you’re going to get a concept that maybe this is really one world and why the hell can’t we learn to live together like decent people?” — Frank Borman, Retired NASA Astronaut

Diversity and inclusion are a hot-topic in all multinational companies and are considered to be a must-ingredient for success. Yet, in real-life situations, many people struggle to implement these concepts and make them actionable.

Reflecting on the topic, I found myself revisiting some moments of my life.

As a child, I used to climb trees whenever I could and was fascinated by astronauts, that could see the earth from the outside. I liked the feeling of going up and seeing adults become smaller in size, the same adults that seemed so big and experienced to me when I was on the ground with my chin up.

Growing up I was amazed by the ability of people of finding rivals in some situations and, some weeks later, transforming those rivals in team-mates: for example, if we think about Italian football, two friends can be rivals as they support two different teams of the same city, but then they both are joining forces when the National team plays against Germany of France. Isn’t it fascinating, this ability to see the same people in different ways, according to a situation?

When I moved to the corporate world, this phenomenon happened again and again. For instance, two employees would not greet each other in the morning at the entrance of the building, but the same two employees, waiting in the foyer of a hotel before an event, would recognize each other and join forces.

·       the word diversity stems from the Latin “divertere”, which means, “to turn in different directions”

·       the term inclusion comes from the Latin “includere”, which means “to shut in, enclose”.

If one visualizes the terms, they seem like opposite forces: one going from a central set to different subsets, the other bringing all subsets inside a central set. The following question would be: how do we allow these forces, sets and subsets to exist and co-exist?

Five ways to foster diversity and inclusion in the workplace

#1 play with the zoom in and zoom out

This is a useful tool to assess the situation:

– If you want to know if your environment is diverse enough, use the zoom in: how many sub-sets are you able to find? For example, how many ethnicities, languages, genders, religions you find in your set of people?

– If you want to see if the environment is inclusive, click on the zoom out: which are the bigger sets that bond together all the member of those sub-sets? For example, you may see that all the people you have in the sub-sets are engineers, or employees, or expats, or… human beings;

To put oneself in other people shoes is always powerful to see situations from their angle. A new perspective can give you a taste of how life is for a foreigner or a minority, and spot some possible improvements to let everybody feel seen, appreciated and part of a team. You can do this, for example, using role-plays, or working with a coach that challenges your thinking;

#3 create habits and environments that foster communication and curiosity

It may be just a kicker in the workplace, the habit of inviting different colleagues to your table for lunch, or simply asking a question or sharing a thought with somebody you don’t know yet while queuing for the coffee in the canteen. Getting closer and communicating with people around you will lead to a more profound sense of belonging and a greater awareness about the potential and the resources you have around you;

# 4 remember that people mirror you

Too often we wait for others to do what we wish for, or we forget that we can be brave and be the first ones to innovate. If we start behaving in a way that fosters diversity and inclusion, many people will mirror us and, early enough, the ripples we created will expand and reach everyone around us;

#5 acknowledge the teams that are doing a great job

If we spot a team that has excellent behaviours and results on diversity and inclusion topics, let’s give them a hand instead of being silent observers. Celebrating others will make our position visible and may plant some new seeds around.

Concepts like diversity and inclusion may be intimidating or very abstract to some of us. If we truly look at them, we will see that it is about small, daily actions, feasible for everybody, and not so costly. The advantages, on the other side, might be life-changing.

In an inclusive and diverse environment, everyone feels at home and part of the whole.

After all, we are all here on this planet, living our life.

Why not making it easier for others, in the ways we can?